Lately my left shift key hasn’t been working correctly and I have to use the right shift key every time I need to capitalize something, which is just weird and goes against everything I believe in (Seriously, man, try it. It’s unnatural). I’ve been wondering if I should just hook up a new keyboard to a usb port. But here’s the thing: would it be incredibly tacky to have a keyboard hooked up to a laptop and basically have two keyboards at once… or insanely awesome???

Now I don’t want to alarm anyone, but I had a really weird dream last night. I was coming home (for some reason I lived in either an airport terminal or a mall) and there was this big commotion of people frantically packing things. I ask what’s going on and a little girl tells me it’s because of the thing in the sky so I try to shuffle past and I walk down the hall to the front doors and up there in the night sky, in green writing, was simply the word “READ” which I assume was referring to the Bible. Noting this, I frantically ask some guy a bunch of questions and yell “But I’m agnostic!” but he didn’t care. So yeah, I’m pretty sure the Apocalypse is coming and it might be a good idea for us to all start packing.

In the world of Mallard Fillmore, ducks can vote but dogs can’t. This discrimination has to stop.

mallard fillmore watch
July 6, 2007
According to the user agent statistics, 1 person has accessed this site via iPhone. 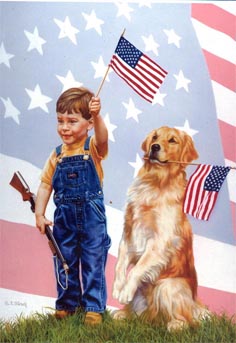