Comics Recommendation: Ryan Pequin is doing an interesting project where he does a diary comic for every hour that he’s awake during the month of January. The comics capture the mundaneness of day-to-day existence, while still being funny and occasionally poignant in a very low-key way. It’s reminiscent of Jeffery Brown, except he doesn’t try to impress you with how hip and sensitive he is. I think it fulfills Chris Ware’s criteria for art: “a clear, honest communication of what it feels like to be alive to people who haven’t been born yet.” LINK

hey guy…. notice anything diffrent about me surely this will stem the tide of the writers strike

i dont think thats how this works

dog i thought you was dead yeah well obviously i aint now am i

you better have a good explanation for this

the writers forgot to write one before they went on strike At that point, Mitt Romney busted out the “yo mama” jokes. Conan O’Brien’s first show back consisted of him wasting time by spinning his wedding ring, singing Sabotage in the voice of Edith Bunker, and then spinning his ring a second time while Bob Saget watches. The highlight of his second show was him going into the catwalk. That guy can do no wrong, as far as I’m concerned.

WHO WILL WIN IOWA?

I’m betting China, but not for a hundred years. 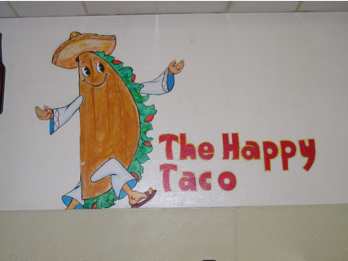