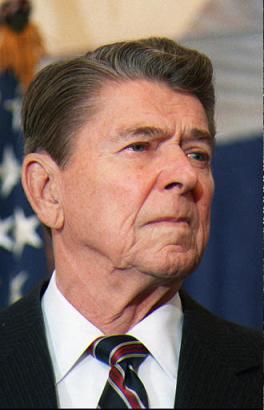 WHERE IS RONALD REAGANS DEATH CERTIFICATE!!!!

I WANT TO KNOW AND THE AMERICAN PEOPLE DESERVE to KNOW

HOW DO WE KNOW HE IS REALLY DIED>??
WHY ARE YOU PEOPLE IGNORING HIS DEATH CERTIFICATE
I WANT MY COUNTRY BACK For years, Nickelodeon afficiandos have grappled with the eternal question: where does Clarissa Explains It All take place? Fortunately, the good folks at this site have examined all the evidence:

Well there you have it folks. CASE CLOSED.

PREVIOUSLY: Are Mr. Tastee And Artie The Strongest Man In The World The Same Person?

Walter Cronkite was way before my time, so I knew him solely as a pop culture reference and through a scant selection of YouTube videos. There is, however, this great documentary I saw earlier this year called Four More Years about the 1972 Republican National Convention. You can see it here. When they interview him, he stresses the importance of getting news from a lot of sources to become a more informed person and, hopefully, not as subject to bias. By that time, Cronkite had already declared the Vietnam War, like, totally unwinnable, dude, and (I’m just assuming here) had become somewhat of a persona non grata among conservative circles. Apparently there was this minor kerfuffle about him not standing for the National Anthem once (he was taking journalistic neutrality very, very seriously or something, I guess?), and there’s this great little scene where future president Ronald Reagan seizes on it and frames it as Us versus The Unpatriotic Liberal Media (“Gee whiz, folks, maybe it’s just me, but I happen to believe people should respect America”) during a pep rally thing. It’s basically the first draft of the “why isn’t Barack Obama pledging allegiance to the flag/wearing a flag pin/fellating the flag???” talking points that propagated so well in the 2008 campaign.

So who is this generation’s Walter Cronkite? Well the votes are in and it turns out it’s late night funnyman Jon Stewart! Now, of course, that was merely an opinion poll, which is why I’ve decided to determine the next Walter Cronkite scientifically. I have measured various TV personalities on a toolishness-likability axis. The results are tabulated below:

1 Not all that familiar with, to be honest.

2 He has gravitas, can hold his own against Jon Stewart, and apparently is hip with the indie musics. But there’s something perversely phony6 about him that I can’t quite put my finger on.
3 Kind of in a gray area between “likable” and “massive tool.” The main problem with him is that he can’t decide whether he wants to be Edward R. Murrow or Jon Stewart, the result being an awkward mishmash that falls fall short of both.
4 Basically Brian Williams Lite.
5 Again, not all that familiar with him and “likable” might be a stretch. The “Rathergate” thing7 was a whole mess but I don’t think it warranted him being fired, which felt more like a sacrifice to the “kill the liberal media” crowd. It is a little depressing to see him wandering the halls of The Daily Show and The Rachel Maddow Show.
6 In the full Holden Caulfield sense of the word.
7 EXPLANATION/REMINDER: Basically, CBS News did a story about how Bush had gone AWOL from the National Guard (which is true by the way) but used some pretty suspect documents that weren’t properly authenticated or something. A conservative blog determined it a fake, which resulted in Rather getting fired. For a while this was the only thing of any real significance accomplished by THE BLOGOSPHERE, which should be supplanting the dastardly MSM any day now.

So who does that leave? PBS dweebs like Bill Moyers, who nobody watches so they’re irrelevant, and Rachel Maddow, who seems trustworthy and could do a passable job at seeming all respectable-like if she dropped all the cutesey liberal snark that infested Olbermann’s show. But once you host an openly partisan pundit show you’ve pretty much alienated about half the potential mainstream audience, and you’re essentially doomed to that niche forever; i.e. she can never host Nightline. So she’s out too.

ALL IDEAS ARE COPYRIGHT 2009 RUBBERCAT.NET (MUST CREDIT!!!)

The White House website has a slideshow of photos of Supreme Court justice nominee Sonia Sotomayor, and holy shit! google used to be cool but now it’s just annoying

personalized home/igoogle: i didn’t know i wanted this but apparently i do. thanks google!

google talk: dang this is pretty cool but kind of clunky and also nobody uses it so there’s no real point

google video: this is real nice, maybe secretly better than youtube?? oh, you bought youtube? well i guess you can still have google video as a place for videos longer than 10 minutes, or a repository for documentaries and stuff, or maybe an itunes-like marketplace for downl… oh you’re cutting off uploads? well ok then

google checkout: might be worth checking out, but i’m kind of wary of giving you my credit card number (nothing personal)

street view: uhhh this is weird but also really cool

google health: this doesn’t seem to have a point and giving up my health information is really weird but i’ll use this maybe?

web browser: i thought firefox was basically the google browser since you employ a bunch of mozilla people and stuff? but the comic book makes it seem rockin so i’ll give it a shot. wait, windows only?

google voice: ok your insatiable need to have control over all my information is creepy now. i shant be using your service

google wave: what the fuck is this???

I had this crazy dream last night where I was in this weird cult-like church and if you walked through these stained glass windows (I guess like Platform 9 3/4 from Harry Potter) you were granted magic god powers, like the ability to fly

If you’re not following me on twitter, you probably missed me live-twittering my jury service, which I am going to copy and paste here in lieu of coming up with something original: gonna tweet from jury duty7:25 AM Jun 23rd from txt

security made me take out my positronic brain, so embarrassing7:36 AM Jun 23rd from txt


theyre dividing us into judges, juries, and executioners9:09 AM Jun 23rd from txt


ad with harrison ford: IN REAL LIFE THE JURY DECIDES THE ENDING9:22 AM Jun 23rd from txt


excused from a trial that might result in the death penalty o_o11:17 AM Jun 23rd from txt