Andrew Yang: Made fun of Bing in the last debate

America’s Mayor Pete Buttigieg: Pretended not to know who Alfred E. Neuman is

These goobers are working overtime to lose my vote! 3rd Rock From the Sun by Dragon-Wing-Z

This is the only fanart I could find of what the aliens from 3rd Rock From The Sun would look like in their true form. I thought there’d be more. The internet has let me down. 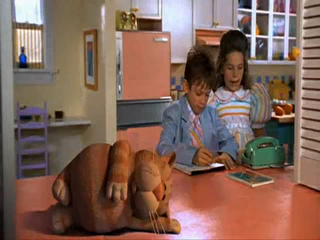 One small thing I appreciate about The Stupids (1996) is that they decided to make the Stupids’ cat and dog CGI characters that look like the ones from the original picture books and it’s never remarked upon or anything, it’s just considered normal in that world The acknowledgment on behalf of Nickelodeon that kids today primarily engage with SpongeBob through memes on social media rather than TV is interesting. How long until Disney/Simpsons catches on and starts making “Steamed Hams” and “Lisa standing in front of words” playsets